An eerie forest, an abandoned palace and a mystery woman who holds the keys to the universe; if you go down to the woods today, you’re sure of a big surprise…

In association with Greenwich Theatre, Redbridge Drama Centre,  and CentrE17, and supported by Arts Council England and The Classical Association, NMT Automatics presents Pandora’s Box: a spellbinding new play, fusing drama, storytelling, music and dance, performed by a cast of professional actors and a chorus of local young people and community members.

Like the sublime stories and mystical worlds of J.K. Rowling, Neil Gaiman and Phillip Pullman, this is a timeless tale that appeals to all ages; an epic story of friendship, courage and sacrifice.

Using animal physicality, object manipulation and magical illustrations, NMTA invite you to experience an alternate reality where beasts speak, chaos ravages the earth, and a man’s lust for power threatens the survival of humanity.

Pandora’s Box is an imaginative retelling of an ancient legend, which has underpinned perceptions of women throughout the ages.

You’ve heard of the jewellery, you may know the myth… but do you know the truth?

If you are aged between 12 to 100, live locally to one of the tour venues and would like to perform in Pandora’s Box, we would love you to join us for drama and movement workshops. All abilities welcome, and with nothing to pay, this is a fantastic opportunity. Participants also need to be available on the performance days. To learn new skills and be a part of a very exciting project, contact nmtautomatics@outlook.com. All dates and times are listed below along with each tour venue. 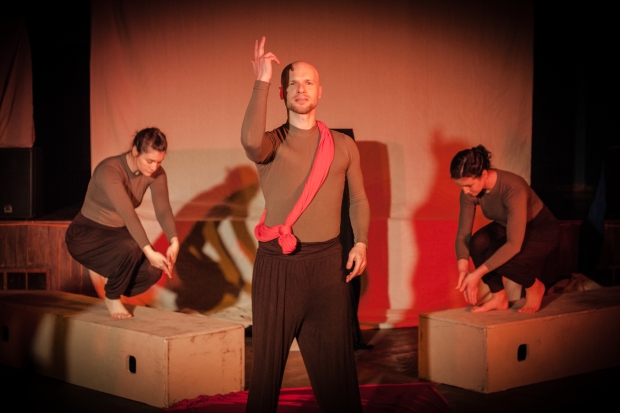 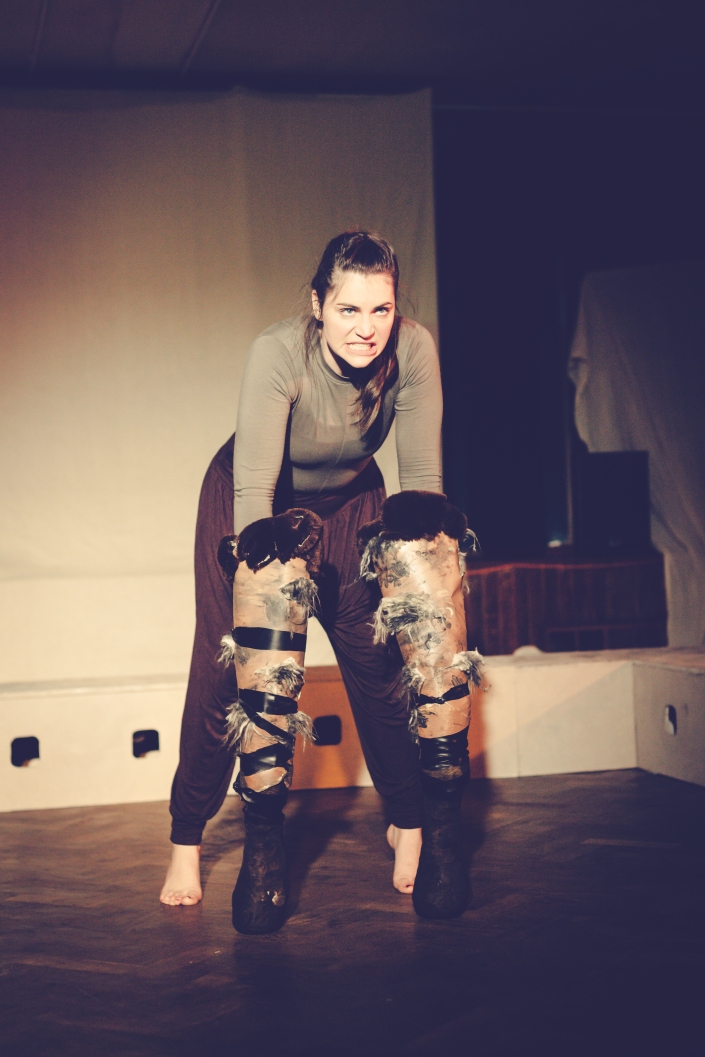 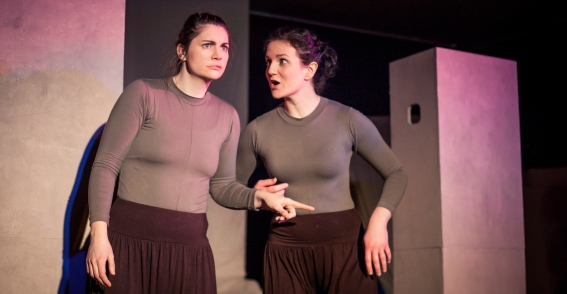 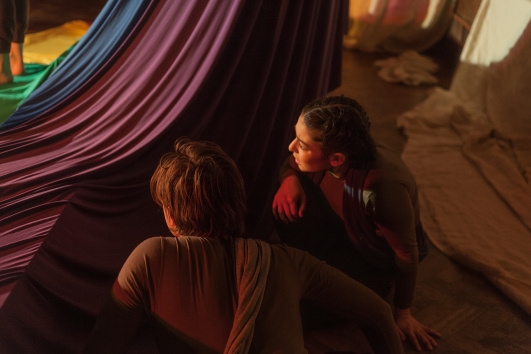 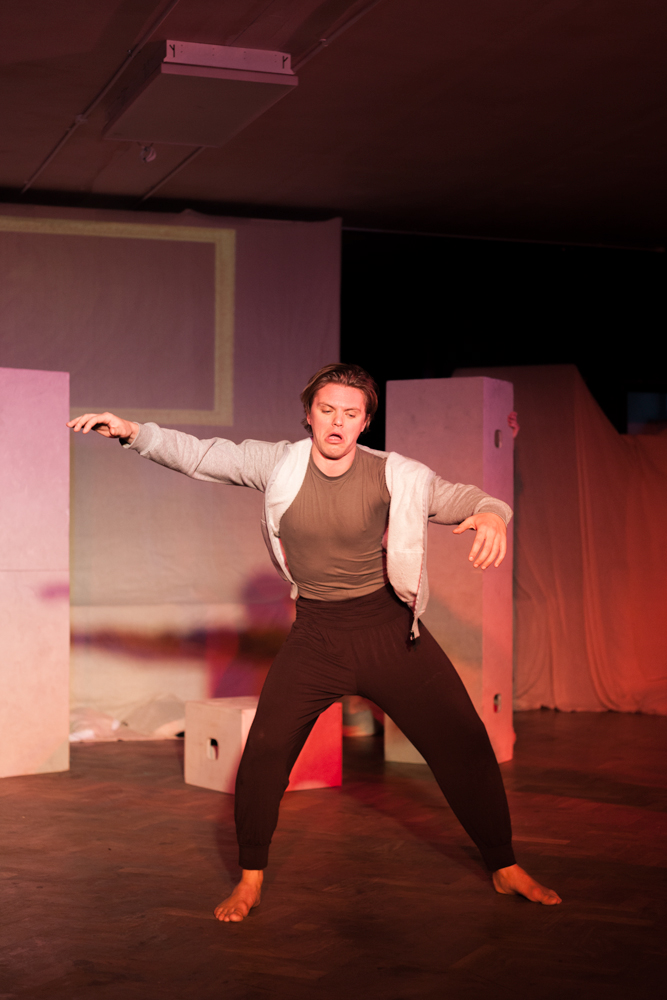 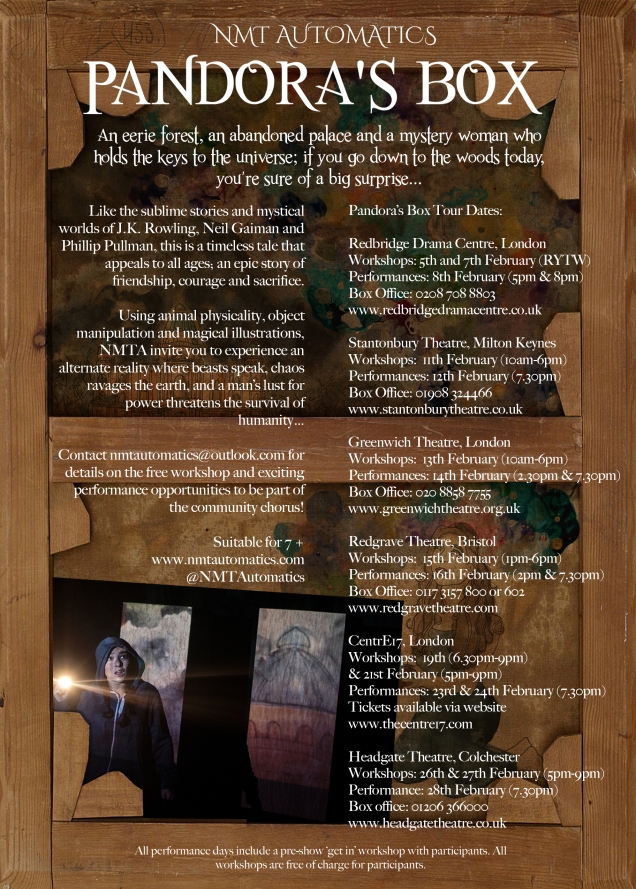 All performance days include a pre-show ‘get in’ workshop with participants.